“throw yourself into something” 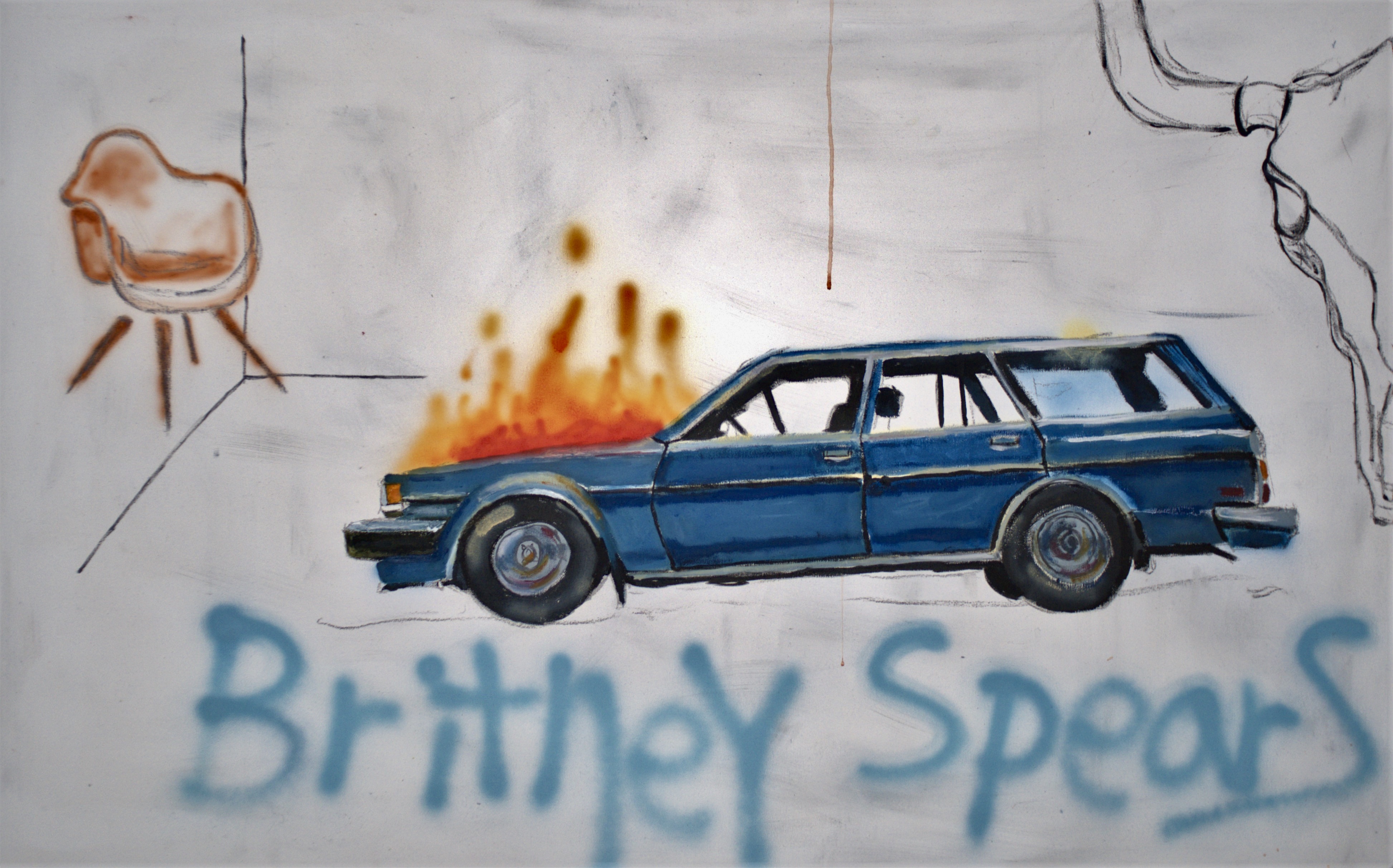 “It is part of the creative process to make bad work. To post a picture of a painting on instagram and deciding you hate it an hour later or maybe a year later. This self critic and self loathing is painful but as artists we need bare every cringe moment. It is the only way to grow.” 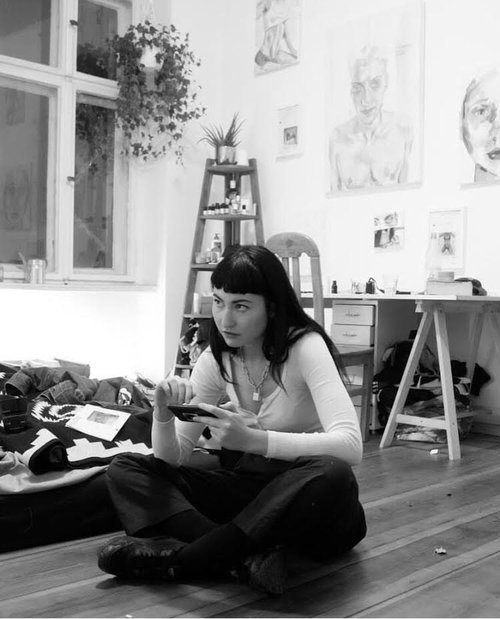 I source the material for my work through ‘online interactions’ contextualizing in a multitude of forms from reference images to raw data. The work itself is often not displayed but uploaded versions. My ultimate goal is to use art to not only highlight societal problems but as a literal tool for change. Based in Berlin since 2017, I have curated exhibitions like Haema, consulted crypto and blockchain projects, taken part in art exhibitions across Europe and produced work within my chosen mediums.

The suburban deserts of Phoenix Arizona. 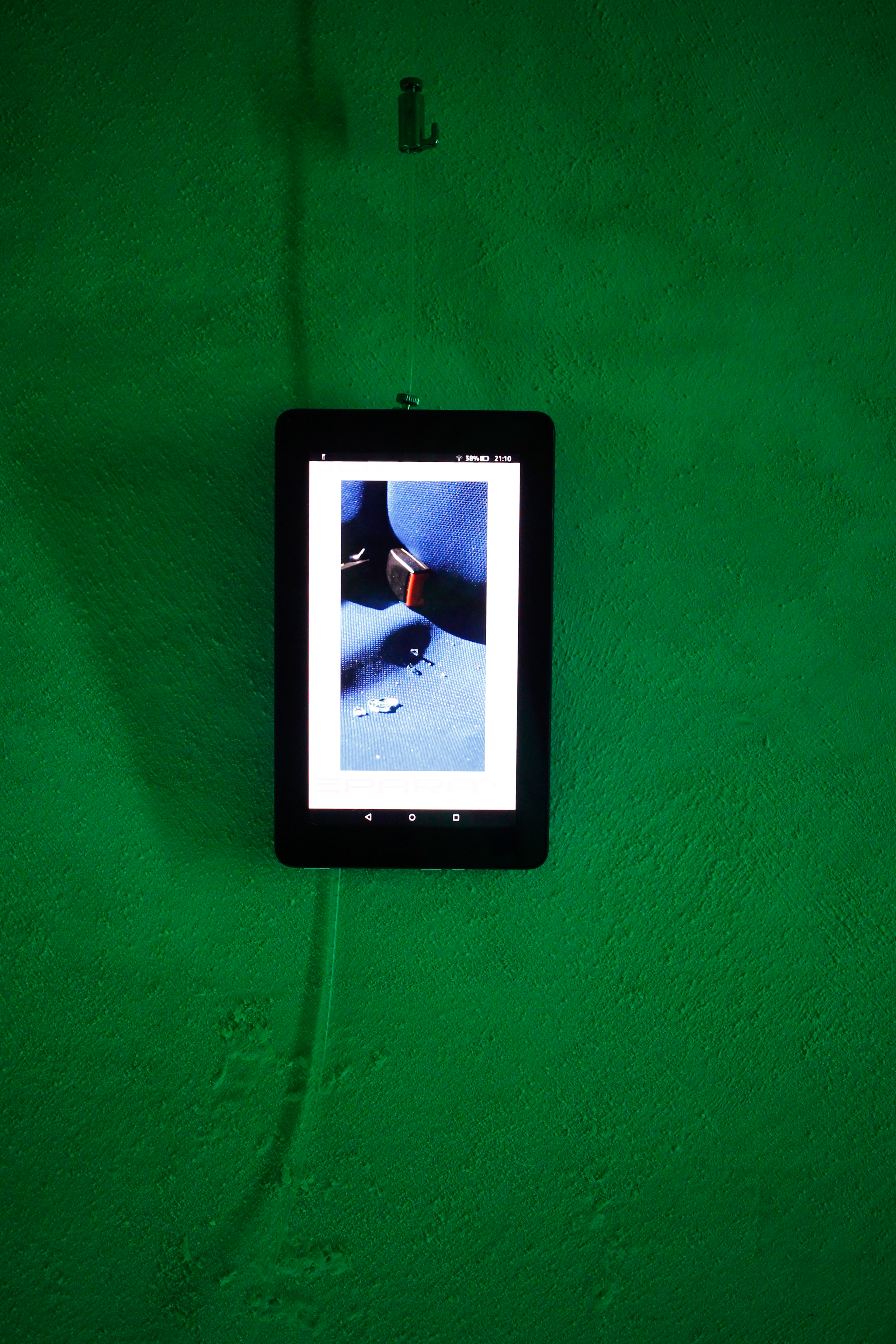 There are so many things I want to do with my art and in music, sometimes I stretch myself too thin… Ideally I would have time to paint, make crypto/tech based art and produce speedcore tracks. I actually have the phrase Keine Zeit tattooed on my arm which means ‘no time’ in German. As for strengths, I think one is that I just throw myself into everything which I guess is my weakness too. I remember after my first DJ gig a couple friends came up to me and told me they were so impressed I just went for it and put myself out there even though I was just starting. A clearly backhanded compliment but I’ll take it. I have gotten a little better at DJing since then but at the time I was VERY bad haha. Sometimes I get so angry with friends who I know are so talented and sit on work for years until it is ‘perfect’ and maybe never even release it. It is part of the creative process to make bad work. To post a picture of a painting on instagram and deciding you hate it an hour later or maybe a year later. This self critic and self loathing is painful but as artists we need bare every cringe moment. It is the only way to grow. So for that reason the ‘blindly throwing yourself into things’ method I hold dearly as my greatest strength.

There is no linear or typical path to becoming an artist but I would have to say mine went a little in reverse. In college I studied something completely unrelated to the arts. It was funny really, I would see themes from my different day jobs start to bleed into my creative work. When I was working as a social media manager all the sudden online interactions were a major theme. At this time I created the series #MyDMs and Men from Apps. The only reason I know about crypto is from another job I had at some sketch crypto company here in Germany. So if it was not for my disgust in the money hungry crypto scene I would have never had the know how or impetus to create https://www.capitalistreparations.com/. It has always been my connection to these real world spaces that have given me a different view than that of an artist who hasn’t left their studio or academia in the last 10 years. Not to hate on that though I wish I spent the last 10 years studying art, but different lives all worth living more or less. 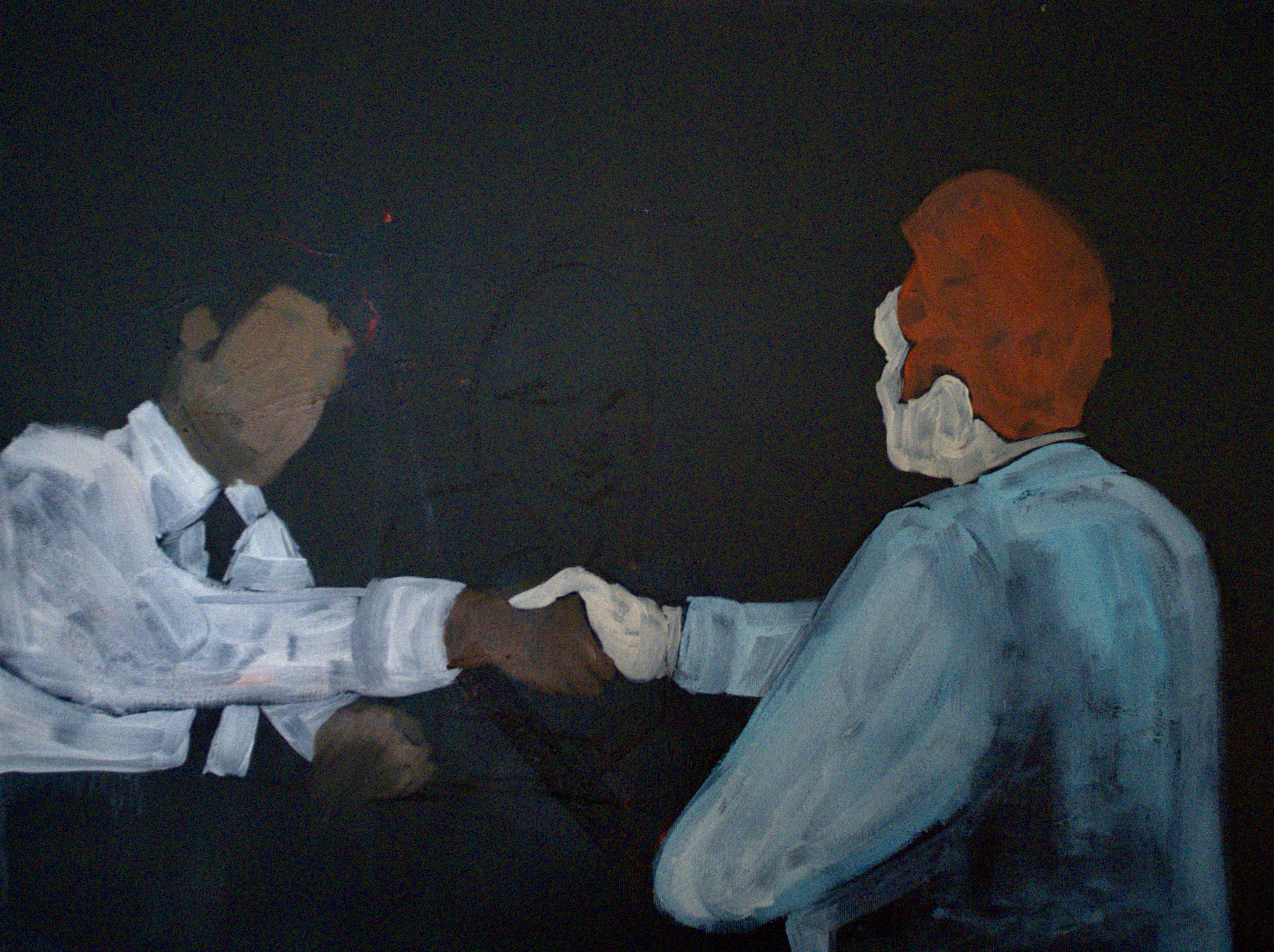 The world is a very absurd place. I spent my early 20s trying out different careers, it left me feeling disconnected. Eventually I just came to realize the only thing that made sense is to be an artist no matter how hard or impractical it may be.

My work heavily relies on its conceptual elements. Oftentimes for me that is the most important part of the piece. Coincidentally for the viewers the concenceptual elements can often be left unknown. I initially take a problem within society or my life then slowly build up a concept around it. This is my favorite part of the creative process. Mulling an idea over while slowly adding depth and layers. Then of course, eventually, comes the creative production but this part always has the potential to disappoint you. An idea or concept can remain safe and perfect when it’s all still in your head. 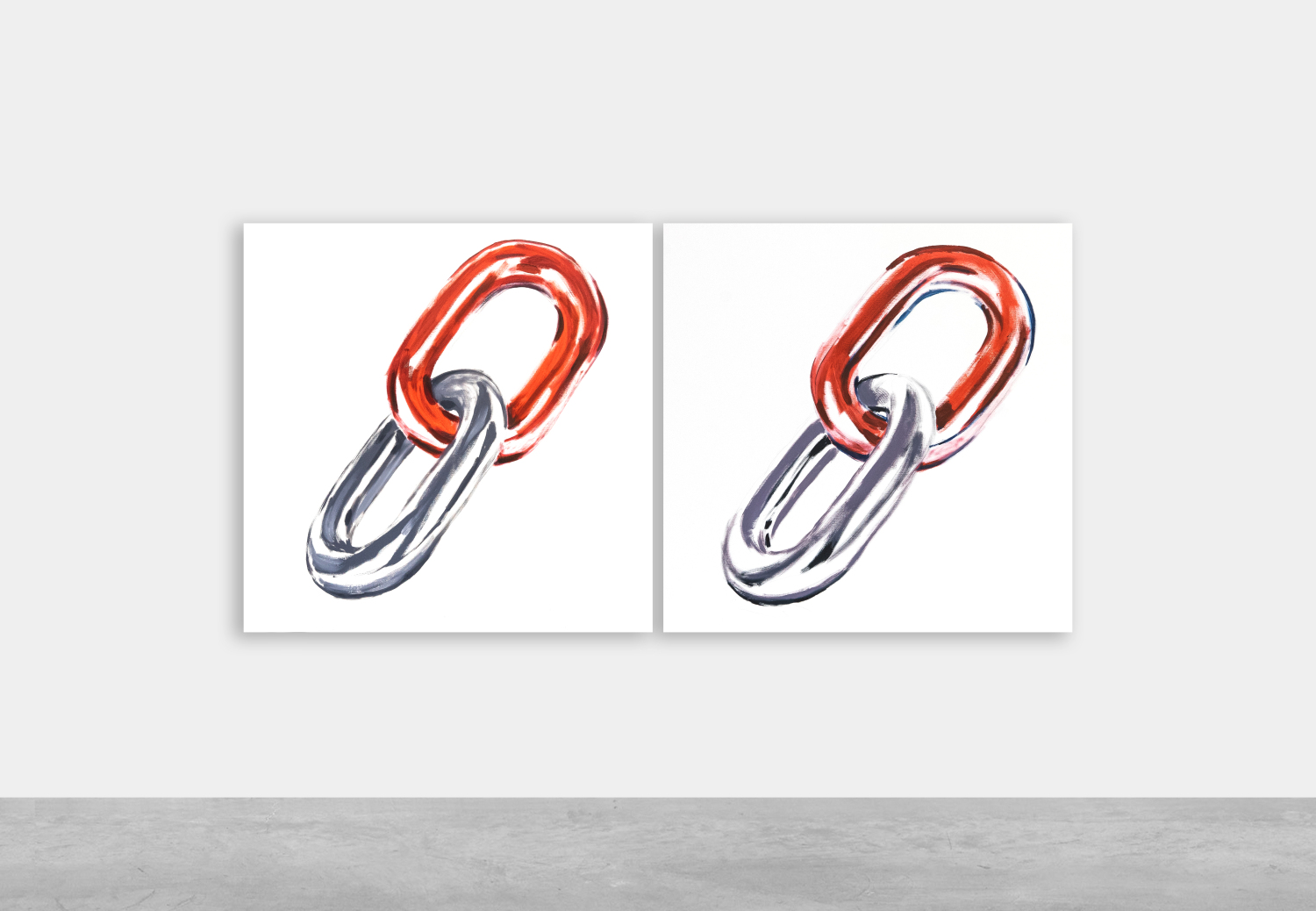 One of my favorite paintings I ever did is called Kim’s Mugshot. I found the reference imagery for the photo when Kim’s younger sibling posted a picture of her mugshot on twitter making a joke it could be on one of those sites that reposts attractive mugshots. I knew Kim when we were in highschool, she had killer smokey eye makeup and talked about feminism and sexism in a way that at 15 I had never heard before. She was only one year older than me but I found myself looking up to her. The picture in the mugshot was a different Kim; her eyes sunken in under the smudged signature eye makeup. But in spite of all that her facil expression -while calm- seemed to scream fuck you in a voilent tranquility I am failing to put into words. Being the ultimate creep I immediately screen shotted it and began to paint it the next day. I ended up posting a picture of the work and Kim reached out saying she was flattered. It must have been the first time we had messaged in years. As I typically do with old friends, I forgot to reply and a few days later she sent me another message saying that the picture was taken at a hard time in her life and it wasn’t right for me to take that and use and even worse profit from it when I sell the painting. She was right. It is somewhat human nature to see something you like and want it for yourself. Like cutting flowers from the earth and placing them in an arrangement on your kitchen table. I saw something I found beautiful and I wanted to paint it. I did it without permission or thinking about how it would make Kim feel. I took down all the pictures of the painting on social media and decided to never sell it. It was a good lesson in the fact I cannot simply take whatever from whoever and make it my art. I cannot appropriate other people’s lives or experiences. I know this is something different artists feel differently. It is a beautiful painting, my favorite painting I have ever made but in a way it isn’t really even mine.

Hmm the first that came to my head is Ambera Wellmann and I am feeling far too lazy at the moment to check instagram and remember the names of all the other painters who inspire me. 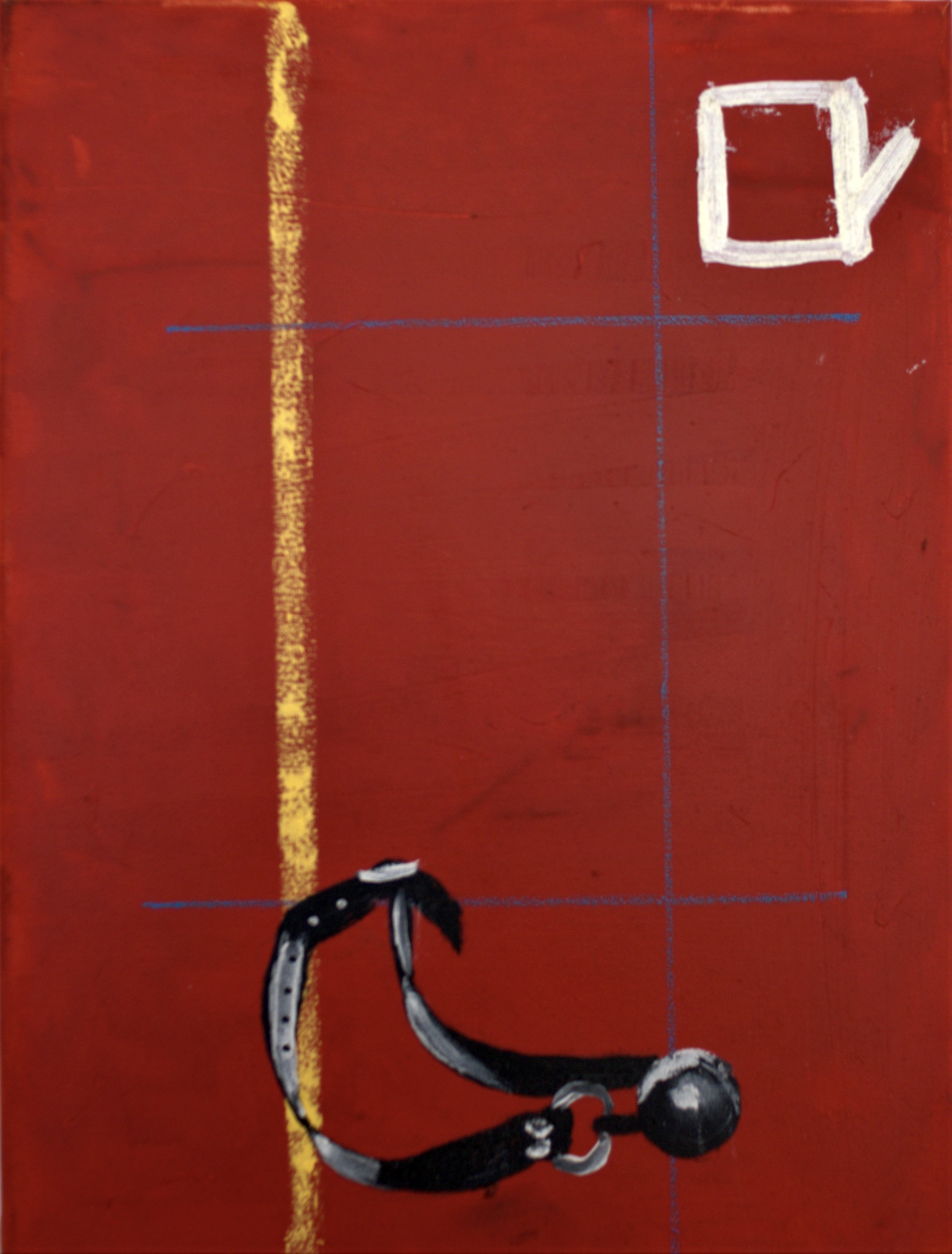 I think I am most curious to work with people outside of the arts. Activists, scientists, anyone really. Drop me a dm… @bayleaves

Some ideas I have been considering for a few years but cannot seem to find the time: Designing an online experience not centered around the individual, an anonymous rape reporting data base with a blockchain backend, more installation works, very very large oil paintings, etc etc etc

Finish the sentence „More important than my career is… “

More important than my career is what I create. How sad would that be to have some amazing successful art career but you know the work you produce is utter garbage.

Not really leaving Germany I guess due to covid…. 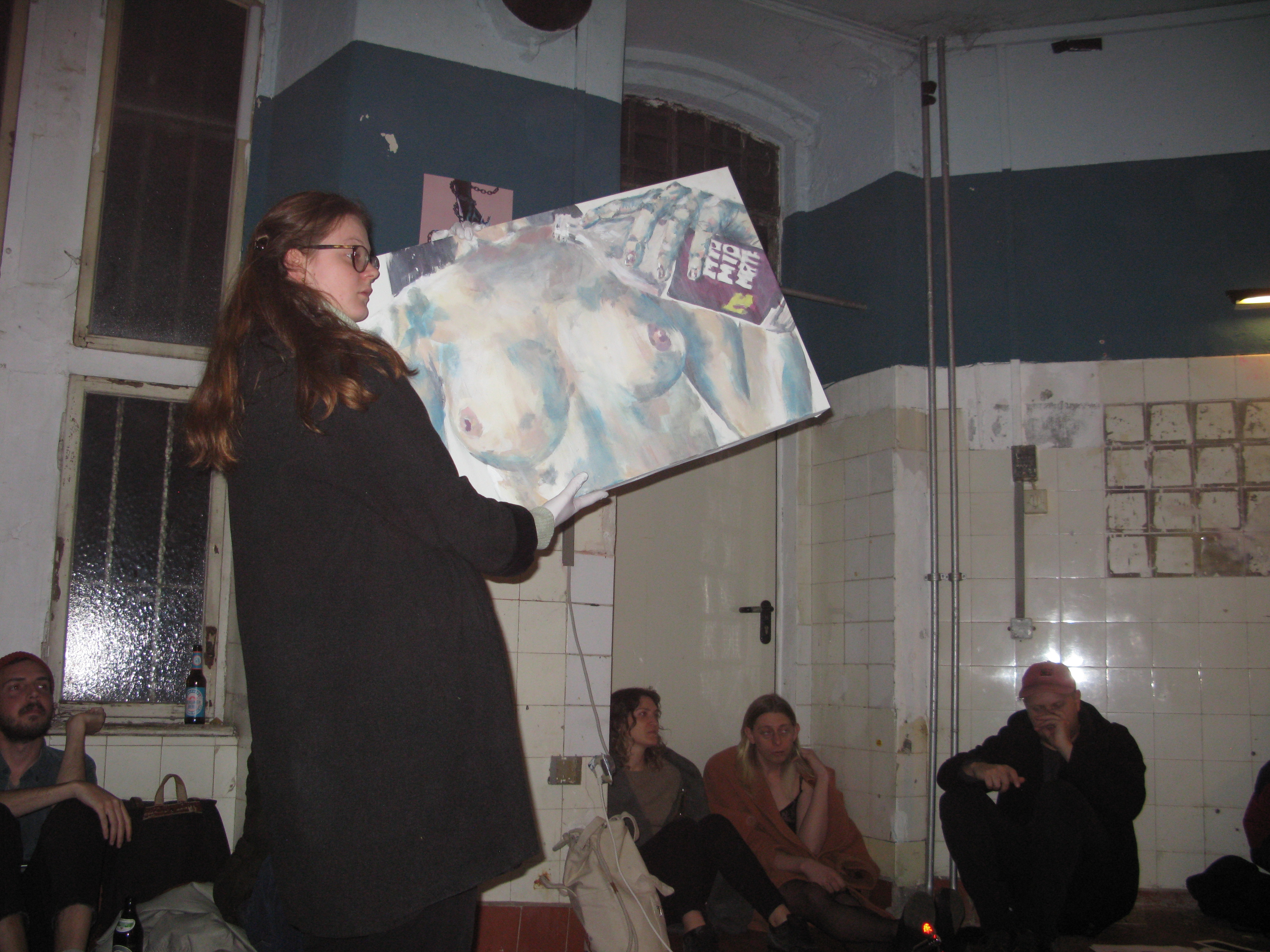 Making weird music in my friend’s studios, drinking spati wine next to Neukolln’s canals, hoping to not run into any of my exs at Bar O Tannenbaum, walking past the long line at Tresor to dance freely in Ohm….

I have been thinking a lot lately about dystopian art, an aesthetic I have always gravitated to in tech art and if there is a need for it anymore. Although living in an actual dystopia makes it lose its shock value. It is important to note that utopian art is not the answer either. Because dystopia and utopian art fulfills the same purpose which is to point out the flaws in present society. Both dystopia and utopia dream of the future and if we are living in a dystopia I think we can only dream of it somehow getting better. 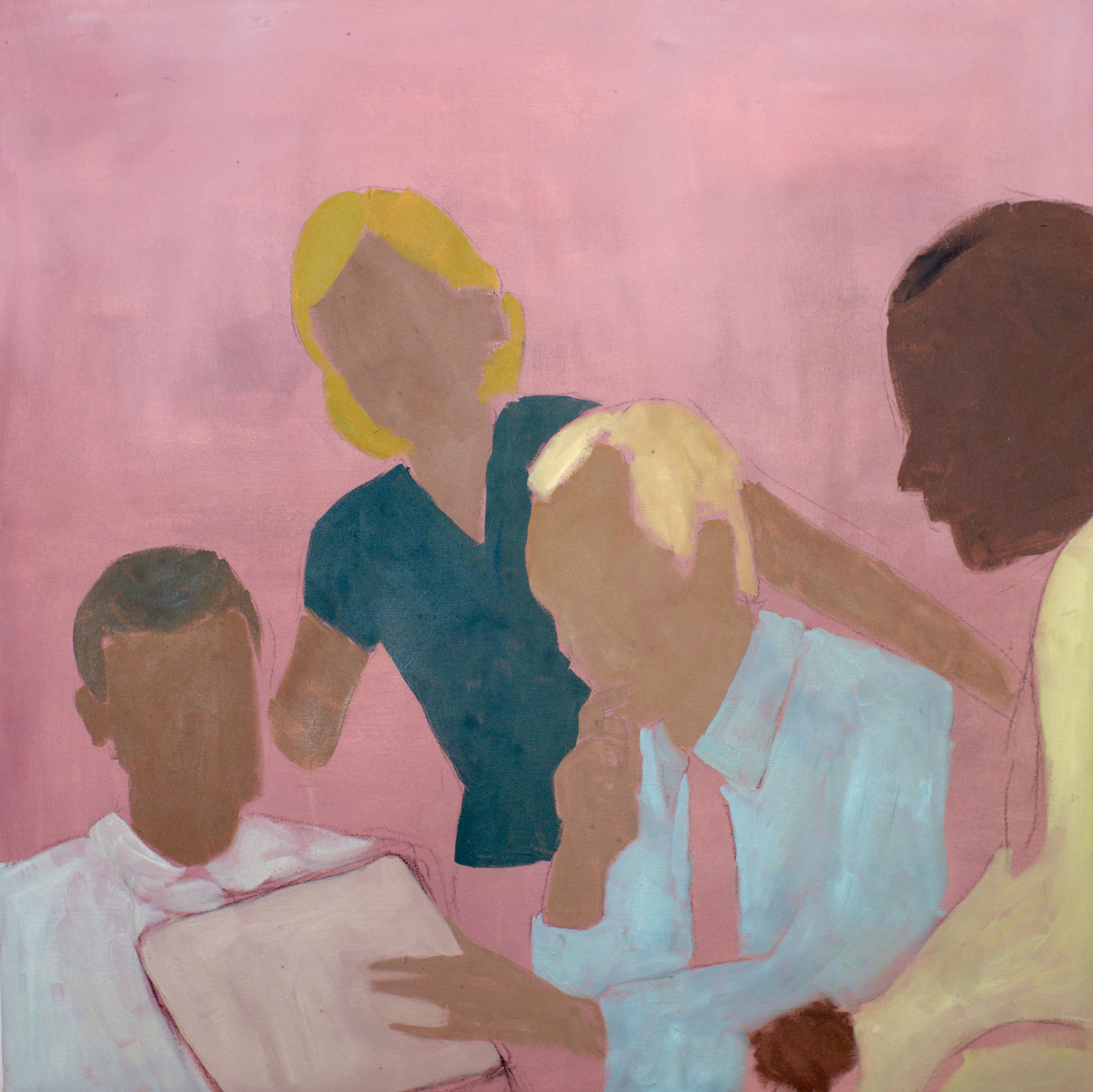 I am too lost in this own little world to think that far away.

I do not have so much a need for grand plans. I want to continue to make art. Everything else will hopefully not be too painful.