“I love to observe and discover cities and their architecture.”

I am an artist, I photograph, draw and make installations. I have a background in landscape architecture – my interests evolved from this. I try to observe and investigate planning and design in landscapes and architecture and question the side effects and symptoms of the built horizon. My approach is to challange human behaviour in space, the use of typical architectural elements, to which we are subjected, such as walls, doors and the boarders we face, or think we do as well as our request for nature.

I grew up in Germany and Austria, I live in Vienna.

I try to work interdisciplinarily and always keep my eyes open for new approaches and techniques. I think I earned a lot of strength and skills through working as a landscape architect for a while, which I try to involve in my artistic practice.

After graduating from the University of applied arts Vienna I worked as a landscape architect in Berlin but found out pretty quickly that my emphasis is mainly on art, where I can work more freely and autonomously. Still the topic follows my work, but of course with a different approach.

I love to observe and discover cities and their architecture. I walk a lot and try to capture impressive images, geometrical compositions as well as ephemeral light spectacles to later process them to abstract photographic collages and drawings. Also testing different materials I find fascinating, I love materials from construction sites: wood, hardboards, stone, pink and blue styrodur insulation… as well as natural materials.

My current project is dealing with shells, that I am collecting at the river Rhein and Rheindelta in Vorarberg to integrate them into an installation – in Feldkrich, the 3rd and 4th of August, Gymasiumgasse 2. The river Rhein is the boarder Austria / Switzerland. These shells made their way from Asia via Amerika to Europe and embody contemporary lifestyles as well as childhood desires. This is what fascinates me a lot, the cultural manifestation of memories and ideas in things.

I am referring to Gilles Clement, who is one of the participating artist at Manifesta 12 in Palermo. Here is a quote:

What I like too is watching at sketches, scribbles or texts after some time and realizing things that were not so clear in the moment I made them, the meanings and the decisions I took then.

My favourite work is A Collection of Transitional, for which I took imprints from thresholds in Amsterdam, when I was living and studying there. I was walking in the neighbourhood and asked different people at houses, schools,… to let me capture their thresholds. I used the material alginate, I love the blue colour and the way it dries and deforms. The work was shown in a group exhibition in Castrum Peregrini in Amsterdam, Herengracht back in 2015. It is a special place, because Jewish artists where hiding there during the Second World War. A door, an entrance, a threshold is very significant, as it separates the inside from the outside and evokes tension but also a desire for the opposite side.

I would like to work and experiment more with colour in installations and photographs. I also started to work with concrete and canvas and I am developing a new work outside in the landscape.

My father and my friend said 2000 is growing up.

I escape the city to the slower countryside in Burgenland, Austria or Lower Saxony, Germany.

A few out of my endless list of favourite cafés/bars in Vienna: Café Korb, Kleines Café, Café Prückel, Wunderbar, Loos Bar, Schwarzes Kameel, Café am Heumarkt,… the restaurant Skopik und Lohn, Salzamt, the museum 21er Haus, the galleries in Schleifmühlgasse and their simultaneous openings, the botanical garden, where I also did an installation once (Straining Field), the bookshop Walther König in MQ.s

I am excited to be back in Vienna after living in Berlin for 1.5 years. Everything is going in a very good direction, I have a beautiful studio at Studio das weisse Haus and things and connections are developing quite well, it´s a refreshing time for me, I hope things will go on like this. 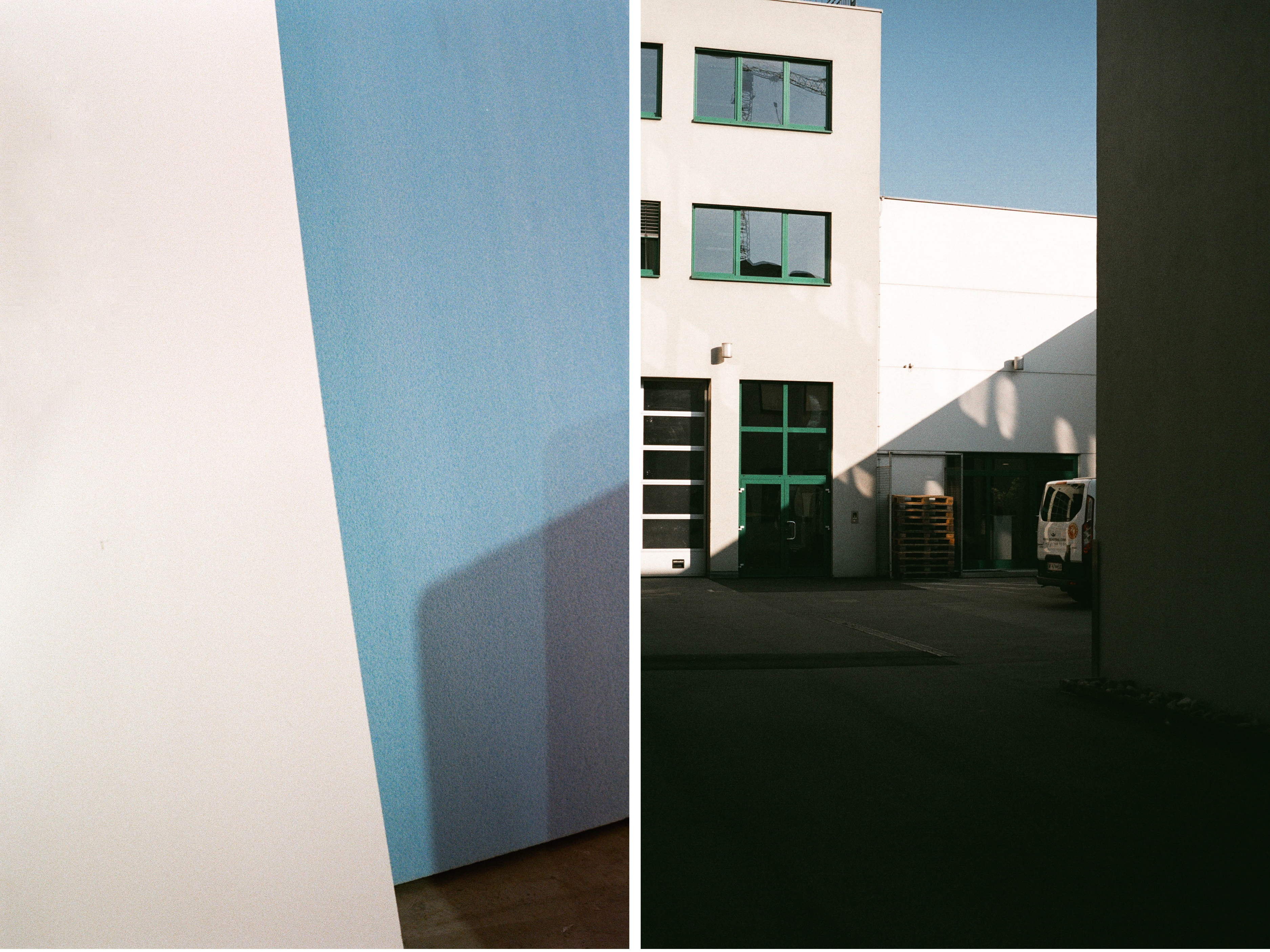 It changes constantly, because I always listen to my favourite song so often until I can’t hear it any more. At the moment, it’s Diana Ross with I am coming out – so good to dance to. But I can already feel that fading …