Edi Danartono, color of the moon.

„Often my artworks start off with an initial idea that leads to a certain plan.“

My name is Edi Danartono. According to my parents »Edi« means »beautiful« in the Javanese language. A few years ago I had a longer discussion with some friends in Jakarta about what »Danartono« might mean. They concluded that it could be translated into »color of the moon«.

Everyone is an artist. This year I even got an official document stating that I am one. 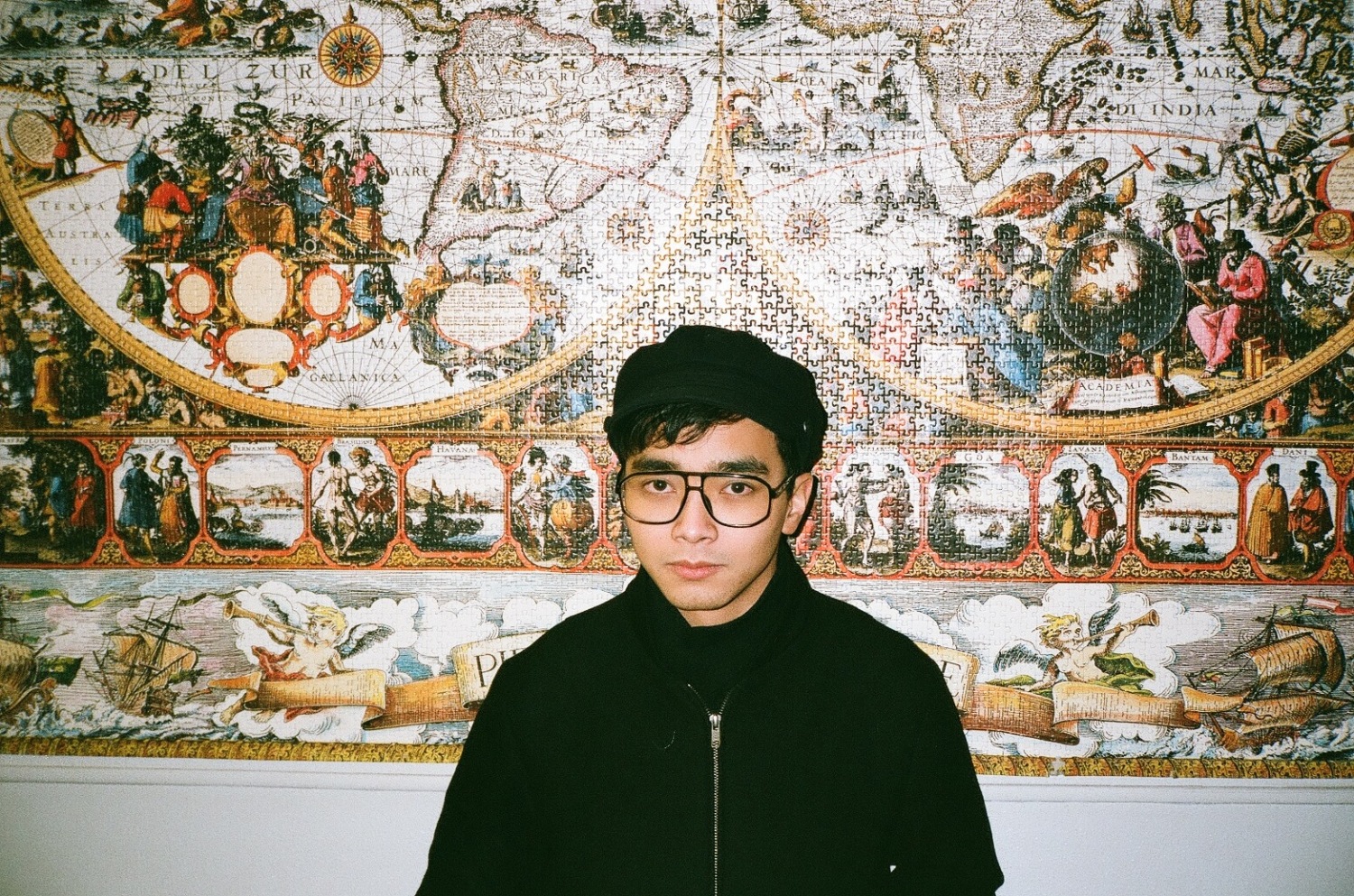 I wake up. take a shower. make breakfast. do the dishes. mop the floor. brew coffee. Read the efeu. play around. open some emails. answer some emails. put on a playlist. take a nap. change. go for a walk. have a snack. get some things. try things out. breath in and breath out. cook us rice. brush my teeth. put them to bed. read a few pages. check new kleinanzeigen. listen to tagesschau. fall asleep.

I was born and raised in Cologne. After high school and mandatory community service, I moved to Düsseldorf and stayed for ten years. I then studied fine arts in Frankfurt for five years. Since about two or three years now, I live in Berlin.

Having a lot of patience for others, but being extremely impatient with myself.

When did you decide to become an artist, designer and musician?

Musician: When I saw Von Spar, Feist, Soulwax and LCD Soundsystem live at Jugendpark, Cologne in 2005.
Designer: When Ollie and Chris asked me to do the poster for their movie »Zarte Parasiten (Tender Parasites)« in 2009.
Artist: When I met Tobias at a bar on Lanzarote in 2014.

Often my artworks start off with an initial idea that leads to a certain plan. But what I am actually looking for is that moment when unexpected connections are made, when something unforeseen happens, which feels weird, odd or irritating, not right or wrong – this is when the magic starts. I like that.

»Teman Utan (Lamento)« is a video I shot at Gunung Leuser National park in Sumatra. It follows an Orangutan, who is seen wandering through the treetops of the rainforest and accompanied by subtitles of a text collage of laments – called »bilang-bilang«, by the indigenous Batak. With the help of a linguist I made a book with over a hundred of these »bilang-bilangs« from different ethnological museum collections. Because the Batak have their own type letters, the book has both a transliteration and a translation. After finishing the book, I wrote my own lament consisting of my favorite lines, which then became an important part of the video.

I really enjoy the exhibitions at Weltkulturenmuseum in Frankfurt and the program at HKW in Berlin. But the one place I always think back on is the Museum of Jurassic Technology in Los Angeles.

Would love to do a work with Naruto someday. He (or she?) is a macaque, who did that infamous monkey-selfie. Check Wikipedia if you haven’t heard about it yet:

The last five years I only produced work for exhibitions. Next I want to try to make new works, that I just enjoy myself.

We are going to Thailand. It will be my first time there. I’m very curious and looking forward to see my dear friend Max again.

I’m really bad in writing fiction… but I very much enjoyed the future scenario in Dietmar Dath’s »The Abolition of the Species (Die Abschaffung der Arten)«.

Universal basic income – literally for the whole universe and every breathing being.

Nothing really. The distance between us just increases. You can feel it already.

I am going to mount some skirtings tomorrow.

At the moment: Donnie & Joe Emerson – My heart
I have a playlist on spotify if you want more. Search for »ediradio«.