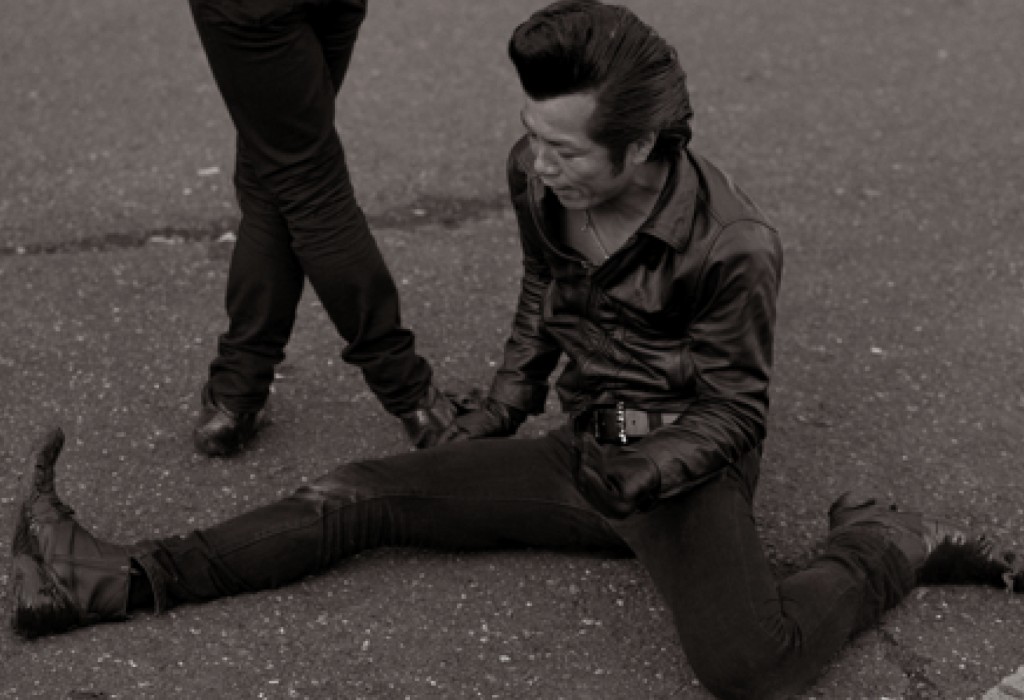 The Tokyo Rockabilly Club is a group that have been around since the 70′s and still make an appearance in Yoyogi Park every Sunday where they sport towering quiffs and dance to 50’s rock and roll tunes. They are a prime example of a subculture in a highly conservative country where conformism is ingrained.

When english photographer Alexander Atwater was working at Magnum in Paris he came across a picture of The Tokyo Rockabilly Club and was immediately fascinated. This was one of the first things he photographed once in Tokyo and series on other aspects of the Japanese culture, such as Geishas and Sumo-wrestlers, soon followed.

“The biggest difference (between Japanese and western culture) is the role that ritual, politeness and etiquette still have in daily life and interactions. I thin we’ve lost some of that in the west.” Atwater in an Interview for DazedDigital.

Feel free to send # Horst und Edeltraut your photo diary of Japan. We will be publishing a Japan Special photo diary by amateurs and photographers, in order to raise the general attention to Japan’s suffering situation and visually reconstruct the wonders of this it’s culture. We thank everybody who has contributed so far, and would like to encourage everyone else to follow.