The students, staff and alumni of the renown architecture University in London,  AA Architectural Association School of Architecture, have created AA Tohoku Earthquake Action, to raise funds and promote the immediate aid and redevelopment of the Northern areas of Japan, hit by the earthquake and tsunami. Naoki, a student at the AA School has written an article in the student magazine to encourage people to help and support Japan:

“ STAND BY JAPAN. On last Friday, the magnitude 9.0 Earthquake struck north-east Japan, unleashing a 10-metre Tsunami that swept towns and villages as far as 400km along coast line, and 10km towards inland. The extent of the disaster is reported to be the worst since second world war. The death toll is expected to exceed 10,000 and about a half million victims are living in evacuation centres. Many still lack the essential aid, further threatened by the crisis of nuclear power stations and freezing weather. Whole nations is facing severe reality of disastrous destruction and many fears for nation’s future recovery.

On following Monday, a group of AA students met to share information about family and friend’s safety, and most importantly to discuss what we, those who live abroad can do to help. We quickly formed a voluntary group, AA TOHOKU EARTHQUAKE ACTION(AATEA) to set up a donation system at AA to support charities undertaking the disaster relief work in Japan.

AATEA has outlined various fund raising activity in the short term as well as long term in order to extend a ring of support and maintain awareness about this deadly crisis: For immediate action, donation boxes will be located at AA bar and reception on this Friday, followed by a launch of a website and a Facebook page on next Monday. Our first fund raising event will take place to coincide with the end of year student party. In a long term, AATEA wishes to involve a larger part of the school and organize series of fund raising events.“ 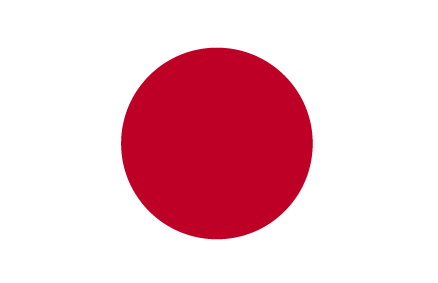 # Horst und Edeltraut is going to cooperate with the AA Tohoku Earthquake Action!

In order to support AATEA, we  have decided to start a Japan Special to promote the AA School’s organisation, as well as contributing to raise funds for the action. In order to do this we need your collaboration, too! In the coming weeks we are going to publish the „photo diaries“ of young photographers that have captured all kinds of aspects of Japan. By updating different photo stories shot by different people we would like to show and remind how multi-faceted and culturally rich this country is.  At the end of our Japan Special we will select a number of images to print and donate for fund raising.

Our Japan Special aims to build a picture of Japan that replaces the images of devastation that are today identified with it. By creating a photo album/ documentary to give support, hope and hopefully a smile, more than anything, this little action is a dedication to the people who have lost their houses, friends and families!

We can only do this with your contribution… All fans and readers are encouraged to send us pictures and suggestions to support our Japan Special and the AATEA: Are you a photographer, amateur or professional? Have you been to Japan and taken great pictures? Do you know someone who has?

We are looking for photographers so don’t hesitate to forward this message on to everyone you know, who has been to Japan and who has lovely photographs of the country.

>>> Send us an email to info@horstundedeltraut.com