One of my favorite spots in São Paulo is a place called “Galeria do Rock”.
The small, 60s mall is a paradise for every Heavy Metal fan, Sneaker Head or Comic Geek. On some Saturdays, I just pack my camera and venture into the old, chaotic Downtown of São Paulo, to visit the city’s craziest mall.

The old Downtown of São Paulo has long been neglected by city’s government and can get sketchy in some areas, especially at night. But with its 60s architecture, its exciting nightlife and a lot of young people moving back here, “Centro” is also one of the coolest parts of the city.

In some streets, it feels like walking around New York City in the 1930s. But instead of concrete you are walking over the traditional “Calçada”, a mosaic-like side walk you will also find in Portugal. Walking here gives you a feeling for a time of growth and progress, where these avenues belonged to the most expensive streets in the country.

Today, these streets look a bit different. Most people that work here drive their cars directly into the garage and the streets are crowded with vendors, homeless and employees of the various shops and restaurants. The massive buildings are covered in “Pixo” and when it gets hot, a biting smell of sewer fills the air. There are cops, leaning on their cars while scanning the busy side walks for any irregularities.

In one of the streets behind the “Theatro Municipal”, you will find the “Galeria do Rock”. The old shopping center, designed by the architect Alfredo Mathias, looks like it used to be a very chic spot. The ceilings are decorated with light bulbs looking like stars and the curvy railings are painted in red. The mall is totally open and welcomes the passerby to come in and check out the stores. This architecture is the exact opposite of todays Brazilian malls, that look like giant fortresses.

The small shopping center in Centro wasn’t able to compete with these super malls in the suburbs, so it ended up standing empty, only a few years after its opening. In the eighties, a group of punks rediscovered the building and opened up a store. After that, people from all kinds of subcultures followed them and turned “Centro Comercial Grandes Galerias” into the “Galeria do Rock.”

“Are you looking for something special, bro?”

When I arrived here, the streets were already pretty busy and full of all kinds of interesting people. I remember seeing a group of afro guys getting their hair braided by a barber on the street. On the other side, a guy raps about life in the Favela, while his buddy is promoting their new album.

Right after walking up the ramp-like entrance, I am passing some pretty cool sneaker stores. The dope selection of rare “Air Max”, “Reebok Classics” and others surprise me, since I have never seen these models in Brazil before. A pair of imported Nike’s can easily cost around 600-700R$, which is insanely high for most people here. “Are you looking for something special, bro?”, a tattooed guy asks me and I decline with thanks. 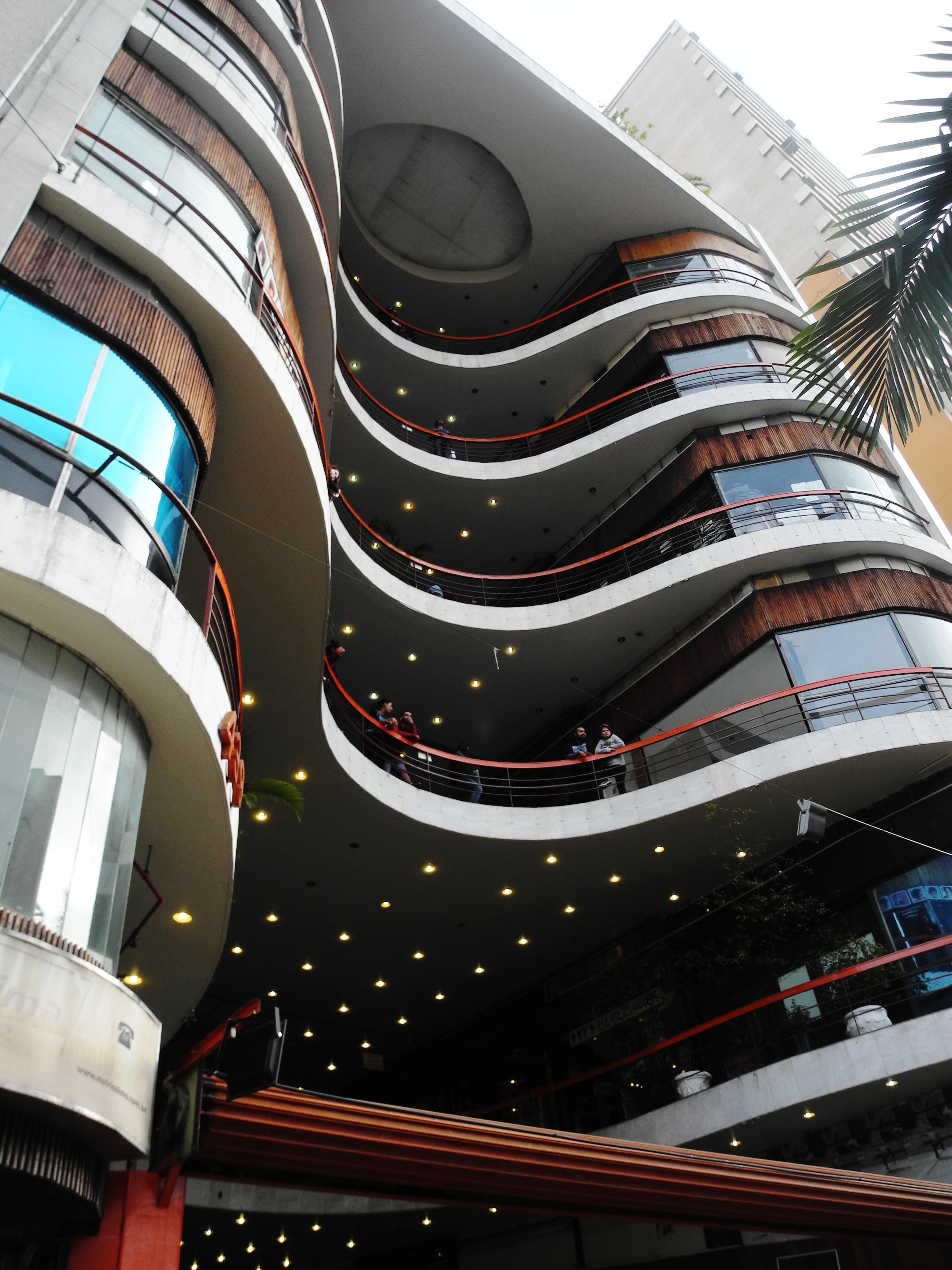 I am stepping on the slim, sixties style escalators to the first floor. The mall is pretty crowded on weekends and it is full with cool kids. I see Skaters, Goths, Gamers, Suicide Girls, Anime Geeks… Brazilians seem to love their subcultures and everything normal is considered boring. Having a tattoo is a must and people are rocking piercings, color their hair and experiment with their outfits.

The kids are swiping through the tons of band shirts. Metallica, Suicidal Tendencies, Black Sabbath… There is nothing that you won’t find here and the small stores have names like “3Mundo”(3rd World), “Hated Store” or “Riot”.
One of the coolest concepts I found was definitely the “Kids Skate Shop”, named after the classic 90s drama by Harmony Korine… How dope is that? There are stores with vinyl records, comic figures, bongs, goth robes… Pretty much everything a true nerd needs.

I am reaching the top level, which is full of T-Shirt print shops. If there is anything you haven’t found on the other floors, you can just create it yourself. The people here are stitching logos on their hats, printing designs on their shirts or getting a patch sewed on their jacket.

I am walking down the corridor until the end and I am looking over “Largo Paissambu”, with its old yellow church and an abandoned high rise next to it. Once more I am wondering about how it must have been to live here in the 60s, when this was the epicenter of the Brazilian economy. What would have happened if people had stayed, instead of moving to the suburbs? Would a place like “Galeria do Rock” exist?

Exactly this is what make places like “Centro” so interesting. “Galeria do Rock” is a beautiful example of what happens, when people take back control of their city. I love coming here on the weekends, just to browse through the stores and enjoy the vibe. The world definitely needs more places like “Galeria do Rock”!

We use cookies on our website to give you the most relevant experience by remembering your preferences and repeat visits. By clicking “Accept All”, you consent to the use of ALL the cookies. However, you may visit "Cookie Settings" to provide a controlled consent.
Cookie SettingsAccept All
Manage consent

This website uses cookies to improve your experience while you navigate through the website. Out of these, the cookies that are categorized as necessary are stored on your browser as they are essential for the working of basic functionalities of the website. We also use third-party cookies that help us analyze and understand how you use this website. These cookies will be stored in your browser only with your consent. You also have the option to opt-out of these cookies. But opting out of some of these cookies may affect your browsing experience.
Necessary Always Enabled
Necessary cookies are absolutely essential for the website to function properly. These cookies ensure basic functionalities and security features of the website, anonymously.
Functional
Functional cookies help to perform certain functionalities like sharing the content of the website on social media platforms, collect feedbacks, and other third-party features.
Performance
Performance cookies are used to understand and analyze the key performance indexes of the website which helps in delivering a better user experience for the visitors.
Analytics
Analytical cookies are used to understand how visitors interact with the website. These cookies help provide information on metrics the number of visitors, bounce rate, traffic source, etc.
Advertisement
Advertisement cookies are used to provide visitors with relevant ads and marketing campaigns. These cookies track visitors across websites and collect information to provide customized ads.
Others
Other uncategorized cookies are those that are being analyzed and have not been classified into a category as yet.
SAVE & ACCEPT