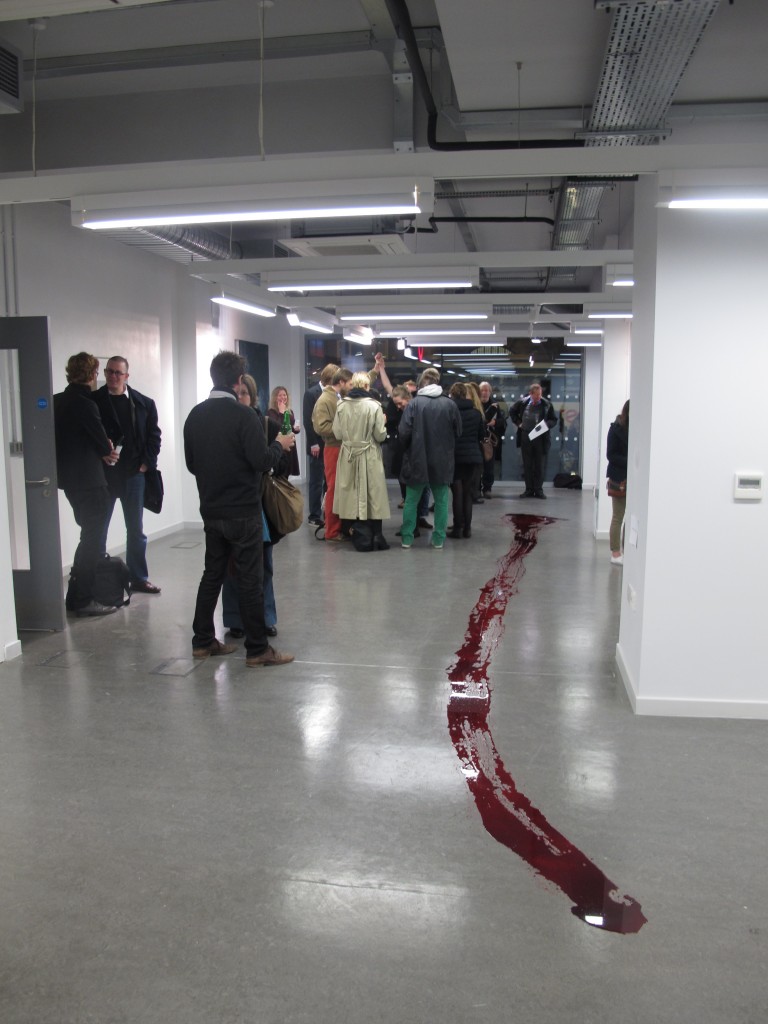 The exhibition ESL_YOUR FACE LOOKS GREAT groups together new and exciting works of the artists Ed Fornieles, Jack Lavender, and Chris Succo.  Coming from different artistic backgrounds, all three are linked to the Royal College of Art.

Curated by Antonia Stausberg and Vivi-Ann Lillefosse,(students of the MA Course Curating the Contemporary) the exhibition explores the visual strength of their work,  which revolves around the themes of surface, abstraction, appearance, cultures, and systems of display. Lavender’s grouping of randomly found objects in his environment, together with the fine alignment of nostalgic and personal entities, his careful arrangement of both, lead to his series of boxes in which those different objects are to be found. The work addresses aspects of the ready-made, and Art Informel, a tendency focusing on the instinctive and irrational aspects of the artistic process.

Succo’s work, by contrast, focuses strongly on texture: working with a dye-jet printing method, involving a technique of hand-dyeing cloth, and covering large panels with a recurring Tartan pattern designed by the artist himself. This process is followed by staining, marking, and inscribing the textiles. The subtle markings, not detected at first glance explore gesture, and also refer back to the improvisational movement of Tachisme, based on repetition and difference.

Fornieles’s works explore the idea of youth culture, and comment on today’s popular obsession with Internet portals – platforms such as Twitter or Facebook – which have become worldwide connecting stages for millions of people. He examines the surfeit of information shared, resulting in the lack of privacy, and an erosion of individuality. Fornieles looks at the preoccupation with projecting oneself, or even another ‘self’ onto these different platforms, resulting in alienation and conflict.

The artists’ work has been exhibited in international solo and group exhibitions. Succo is being represented by Duve Gallery in Berlin; his works are held in various public collections , such as the Museum Kunstpalast , Düsseldorf and the collection of the city of Neuss. Ed Fornieles’s work is represented by Gallery Carlos/Ishikawa in London; Jack Lavender’s work was recently on display in a group show at The Approach Gallery , London.

All visual material is in courtesy of © GABRIELLE BERLIN